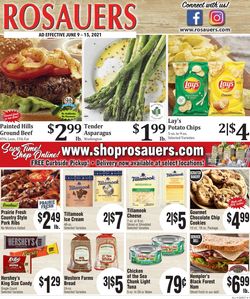 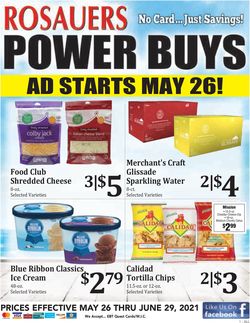 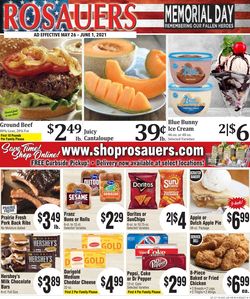 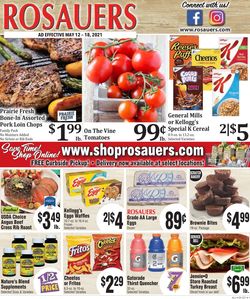 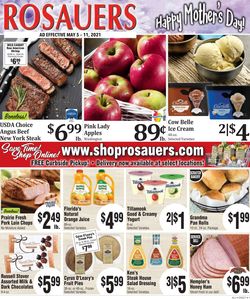 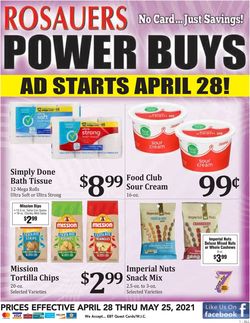 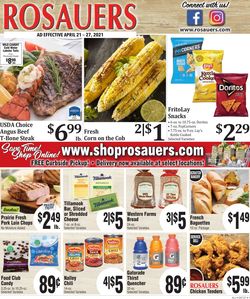 Check the current Rosauers Weekly Ad and don’t miss the best deals from this week's Ad!

Browsing the weekly flyers of Rosauers has never been easier. Now, you can find all weekly sales and ads in one place! Check it out and save hundreds of dollars!

The history of Rosauers stores began in 1934 when J. Merton Rosauer purchased a small grocery store in Spokane, Washington for the money borrowed from his parents. His father, Joseph P. Rosauer already had two grocery shops so Merton followed in his father's footsteps.

In 1938, young Rosauer sold his first store but right after invested in another shop. After selling off his second store, in 1949, Rosauer opened his first supermarket.

In 1984, Rosauer sold the company to URM Stores which is a grocery supplier based in Spokane.

The company is based in Spokane, Washington and currently has over 22 stores under the Huckleberry's Natural Market, Rosauers, and Super 1 Foods brands.