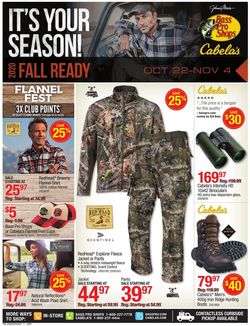 Now, you can find all weekly sales and ads in one place! Don't miss the offer! On this page, you can see all Cabela's Weekly Ads online. 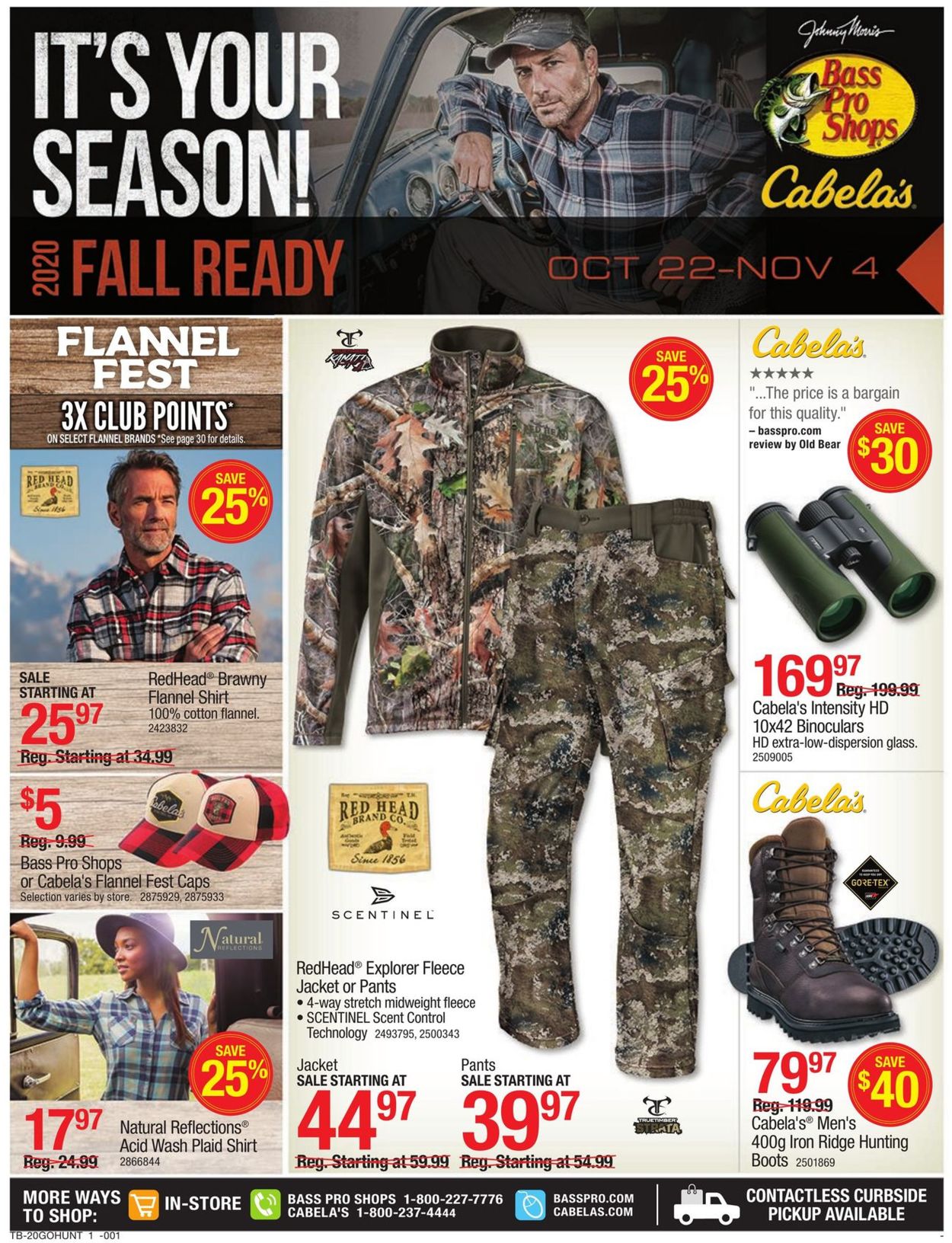 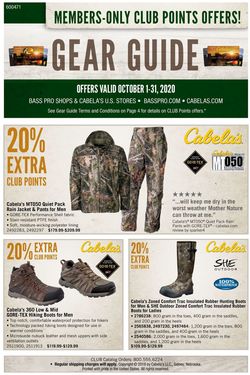 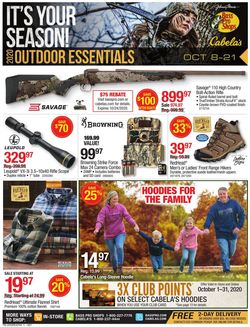 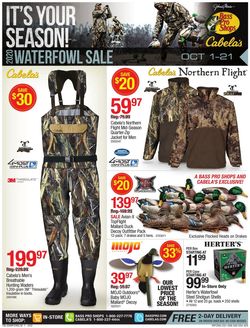 Check the current Cabela's Weekly Ad and don’t miss the best deals from this week's Ad!

Browsing the weekly flyers of Cabela's has never been easier. Now, you can find all the weekly sales and ads in one place! Check it out and save hundreds of dollars!

In 1961, the company that would become a sporting goods reseller and chain was established. Richard (Dick) N. Cabela acquired $45 worth of fishing flies at a furniture expo in Chicago, which he then advertised for sale in a local newspaper advertisement. When his first effort yielded only one response, he placed an ad in a national magazine, Sports Afield, which was more successful. Included with each order was a catalog of other products for sale by Cabela.

As the business grew, Cabela and his wife Mary moved their operation to Sidney, Nebraska in 1963. Dick's brother Jim also joined the firm. After many years, the company has grown to a publicly traded corporation with over $3 billion in annual sales.

Cabela's has a unique look to its retail operations, a look that turns its retail stores into tourist attractions. The stores are more like cavernous showrooms, bringing the outdoors inside. They feature museum-quality displays of taxidermied wildlife, indoor mountains, giant aquariums, and archery ranges. The success of the format is illustrated by the company's Kansas City, Kansas store at over 180,000 square feet, which attracted not less than four million customer visits in one year. Currently, the biggest Cabela's retail facility is in Hamburg, Pennsylvania, with more than 250,000 square feet of floor space.